Difference between revisions of "Category:LowFrequency"

From EVLA Guides
Jump to navigationJump to search

This document is intended for observers planning Karl G. Jansky Very Large Array (VLA) observations at low frequencies, specifically L (1-2 GHz), S (2-4 GHz), and C bands (4-8 GHz). These three receiver bands share at least some of the same problems and solutions, as compared to higher frequency bands. For an overview, general performance, and some specifics of receiver band (e.g. sensitivity, etc.) of the VLA, consult the Observational Status Summary.

Proposers should consider the overall observing strategy in detail at the proposal stage in order to accurately estimate the total time request and expected bandwidth after RFI has been taken into account. Below we begin with a general description of what to consider when proposing for low frequency (L, S, or C band) observations, followed by a more detailed discussion of the observation strategy for these bands, and an Observers Checklist.

In this section we will discuss several issues which should be considered when proposing for VLA low frequency (L,S,C) observations. All proposals should be prepared using the VLA Proposal Submission Tool (PST).

Choice of Samplers: 8-bit vs. 3 bit, and Correlator Setup

Issues that should be kept in mind are: 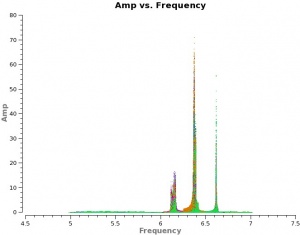 RFI is a major issue at L, S, and C bands, and should be accounted for properly. Of these three frequency bands, L band (1-2 GHz) is affected the most; up to 40% of this frequency band is contaminated by severe RFI. The effect of the RFI is worst in D-configuration observations. Extended array configurations are generally much less affected by RFI due to phase winding. Moreover, and in general, the RFI is worst at day-time when compared to night-time observations. Also, certain RFI is direction dependent.

Continuum observers wishing to use the full 1 GHz range of L-band, or the 2 GHz range of the S-band, should effectively use a narrower bandwidth in the sensitivity calculator (Estimating Sensitivities) while estimating the on-source time and the expected rms noise of their proposed observations, e.g., use 600 MHz and 1500 MHz instead of 1 GHz and 2 GHz, for L- and S-band, respectively.

As previously noted, RFI will also affect the spectral resolution of the data – in order to remove the Gibbs ringing of the RFI before flagging, the data will need to be Hanning smoothed. Please take this into account while planning and setting your observations.

Detailed information about the RFI at the VLA can be found here.

The VLA is reconfigurable. In general, as the baseline length gets longer, the phase stability gets worse. The D-configuration provides the shortest baselines: poorest angular resolution, but highest surface brightness sensitivity. The A-configuration provides the longest baselines: highest angular resolution, but poorest surface brightness sensitivity. See the configuration schedule for details for each call for proposals.

It is generally important to consider

The Observational status summary on resolution in conjunction with the Exposure Calculator, and the Monthly_Conditions_at_EVLA plots can help answer these questions.

Please note that low declination sources risk being subject to antenna shadowing at certain azimuths for the D configuration. These targets can still be observed, but the lower the declination, the smaller the windows of no-shadowing (one of either side of the north-south arm) will be, which effectively makes the setup of the scheduling blocks harder.

The VLA exposure calculator is an essential tool for estimating the required on-source observing time for the various parts of your observation. Also, see the RFI section above.

Below we describe important parameters to estimate various kinds of sensitivities. 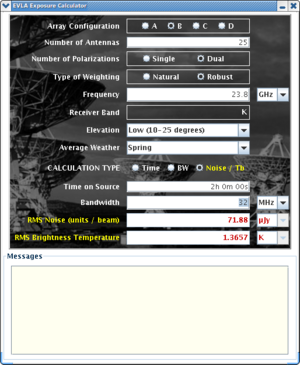 Fig. 2. Screen capture of the Exposure Calculator for reference.

High solar activity results in emission that can severely affect the data to such a degree as to potentially render your observations useless. Also, such activity causes disturbing ionospheric effects. Therefore, it is imperative to avoid observing at L- and S-bands at day-time (including sunrise and sunset) during times of high solar activity. This is especially important now as we are nearing the max in the solar cycle in 2013. Solar flares with as much as a million Jy at L-band with narrow angular extents are a source of major interference. These flares are equivalent to bright unresolved sources with time-varying flux densities making it very difficult, if not impossible, to remove their effects. As a consequence, the resulting images will be of poor quality and low dynamic range.

Some links that can be useful are

The quiet Sun also poses problems for L-band observations, particularly in the short configurations (D and C). This would result in degraded image quality if the Sun is too close to the science target to within a few degrees. In the extended configurations (B and A), one can expect the effects of the quiet sun to be reduced.

A number of calibrator observations are needed for the subsequent data reductions. These usually include: Flux density calibrator, complex gain (phase and amplitude gain) calibrator, and polarization calibrator if polarization is part of your science objective. You will also need to observe a bandpass calibrator to correct for the delays as well as the relative gains of the spectral channels even if the observations are intended for continuum science. It is recommended that the flux calibrator be observed at least once in an observing run (a scheduling block). The flux calibrator itself, if desired, can be used to correct for the bandpass and antenna based delays, considering that the all the flux calibrators are strong sources at L, S, and C bands. Complex gain calibrators need to be observed before and after each target observation. The time required between phase calibrator observations depends on the array configuration (see below).

Accurate flux densities can be obtained by observing one of 3C286, 3C147, 3C48 or 3C138 during the observing run. Over the last several years, accurate source models have been implemented directly in AIPS and CASA for much improved calibration of the amplitude scales. Models of these calibrators at L, C, X, Ku, K, and Q bands, are available in both data reduction packages. Flux calibrator models for the S-band will be available in the near future. Meanwhile, observers can utilize the L-band or the C-band models of these calibrators for their S-band data.

For the VLA it is essential to calibrate the spectral response of your chosen correlator mode, even for continuum projects. However, the requirements for bandpass calibration are very dependent on your science goals/type of observation. Below we give some rules of thumb for different kinds of observations. If your project contains a number of aspects (spectral line and continuum), follow the recommendation that is the most limiting.

Note that instead of using a single observation of a bright bandpass calibrator, it is also possible to use multiple observations (scans within a given scheduling block) of the complex gain calibrator to calibrate the bandpass by combining all its scans.

In the choice of the complex gain calibrator, obviously a calibrator close to your target source will decrease slewing times. However, for the L, S, and C bands, we recommend choosing a strong P calibrator further away, rather than a weak nearby S calibrator. See the VLA calibrator manual for a description of the calibrator codes P and S.

There are two components for polarization calibration:

There are two approaches to determine the leakage terms:

For detailed information on polarization calibration, including the most common calibrators, see the VLA polarimetry guidelines.

Please note that avoiding day-time observations is even more critical for polarization observations, especially during peak solar activity, due to ionospheric Faraday rotation.

Overheads and how to split up observations

The calibrations described above will determine your overheads (except for slew time). However you also need to think about how you will chose to break up your observations. If you have many sources or need good uv-coverage it can be most convenient to observe in one long scheduling block (SB), or a few SBs if your source isn't up long enough for one track. This strategy also minimizes overhead. You can also choose to schedule an observation in smaller SBs, even if the source is up longer than the length of the SB. However, note that this will make the overhead larger.

The main point is that you need to plan ahead for this. Every scheduling block will need a complete set of calibrations as described above. Additionally, about 10 minutes is needed at the start of each SB for the setup of the system and moving to your first target. It is important to discuss these choices and the requisite overhead in your technical justification. For example, if your total time request including calibration time is 9 hours and you decide to break this up into 3 x 3-hour SBs, you will need to triple the original time estimate for the bandpass and flux calibrators since each need to be observed in each SB, plus add 30 minutes total for startup (i.e. 10 minutes each SB). Don't forget to take this additional time into account for the total time request at the proposal stage.

At these frequency bands, setup time, slew times, and observations of various calibrator sources (flux calibrator, bandpass calibrator, complex gain calibrators, etc...), will add at least 20% to 35% overhead, depending on the specifics of the observations and assuming scheduling blocks of more than 2 hours. If you have many objects at different locations to observe, these times could increased to up to almost 50%. Proposers requesting their observations to be carried out using shorter scheduling blocks should also account for higher overhead percentages.

Generally, do not scrimp on overheads, since they are important for adequate calibration. Note that strong calibrators require less on-source time than weak ones. Also, keep in mind that a decrease in time on source of the target will only correspond to a small increase in rms noise (the rms noise is inversely proportional to the square root of time). To achieve a more realistic estimate of the overhead, users can prepare scheduling blocks with various lengths at the time of writing the proposal, using the Observation Preparation Tool

There are a number of useful tutorials to study in preparation for the data reductions. See for example:

This category currently contains no pages or media.